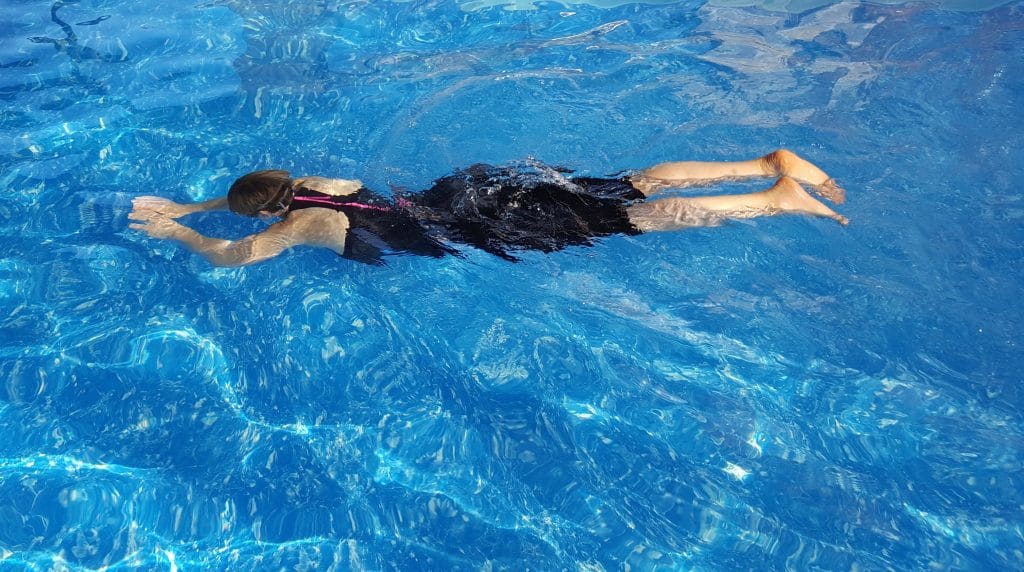 Thinking of dolphins and Adam Peaty…

If you’d like to improve your breaststroke,  it may help to think of it as a series of glides or, if you’re feeling more dynamic, a series of dives.Olympic swimmers like Adam Peaty come up a long way out of the water and dive into each stroke. More accurately,  they dive before each stroke. If you watch Adam’s 100 metre gold medal race in Rio, he looks like he’s doing this better than the other racers.

Most recreational breaststroke swimmers need to be more dolphin-like and stop pulling their arms back too soon, and too far. There has to be some kind of glide, with the momentum created by your legs. Your head should be underwater face down with arms extended when you kick. If you let your arms dominate the stroke, if you keep pulling them back without properly sending them forwards, you’ll encounter the following problems:

1. You’ll strain your neck and back when your face comes out to breathe, because you won’t be sculling with your hands to support the breathing position.  2. Your arms will cancel out the work of your legs, stopping the legs’ chances of creating momentum.
3. You’ll do too many strokes for the distance you’re covering.

To observe the human problem of trying to move forward by pulling the hands back but not getting anywhere,  watch a learner’s first attempts to dive down to the bottom of the pool.

A key feature of a basic dive is that the arms need to be out in front, pointing where you want to go. If the direction and momentum of a learner swimmer’s dive isn’t strong enough to get them to the bottom of the pool, hands first, they’re likely to start pulling their hands back to try and help them get there. But it doesn’t work. The dive has to be made to count from the off; to be one dolphin like movement.  The fingers point to the ground and the crown of the head has to go, with some force created by a push with the feet, in the same direction.

It’s the same in breaststroke. With your arms forwards, hands together, move the head from a face down position to look at your hands. As the eyes break the surface, scull, to support the breathing position, then dive in again like a dolphin, or, if that’s too much, gently glide, face down with your arms extended out in front. But there must be a glide or a dive. The kick should be connected to the forward direction of your head and arms.

When you’re learning breaststroke remember to rest in the glide/dive and let your legs do the work. But, when aiming to be more dolphin like,  keep it soft and gentle.  Direction rather than force is what makes it work.

It was an amazing couple of days working with you both - an experience I shall always remember with great delight.The sensation of gliding through the water was totally pleasurable. The hands on contact was so supportive. I felt as though I were an infant or child again in the best possible way. I’m very glad I was also able to do the Alexander Technique sessions with you, Ian. I can see I’ve gotten stuck in some bad habits which it's never too late to change.You are a gifted healer, in so many ways.
September 2017