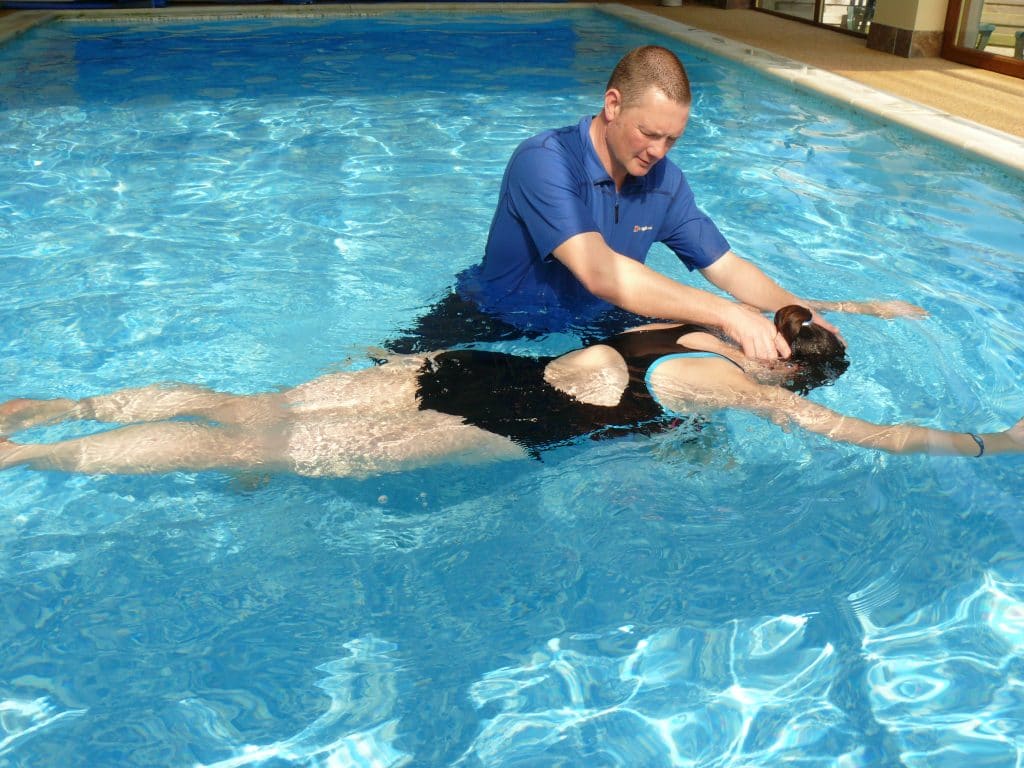 Learning to swim is all in your head…

It’s about making friends with the water,  trusting it to support us, or trusting ourselves to let it. Embracing the support of water instead of seeing it as an obstacle to overcome is a different way of thinking.

From a physical point of view also, the head’s the thing to watch.  If you’re helping someone learn to swim, getting them to float and glide,  you need to pay particular attention to their head and neck.

So is there a right head position?  Lots of swimming teachers have answered this question in definite, specific terms,  often talking about foreheads and waterlines.

There are two problems with telling a pupil what their head position should be.

The first is that it’s difficult to know where our own head is.  It’s always likely to be less deep in the water than we think. If a person tries to put their head into a right position, following instructions with only feeling as a guide, they’re going to be in the dark. Telling someone about waterlines on foreheads is unhelpful for this reason and will just lead to more tension.

Secondly,  head placement is an emotional thing.  The wrong head position comes about because of bracing, from fear,  mistrust of water, a feeling that we have to do something to make ourselves float.  This is what needs to change.

When teaching someone to float and glide, we need to focus on their head because, at first, their neck will almost certainly be tight as a result of bracing.  They’ll be holding on to the head, out of fear or unfamiliarity, and looking forward. They’re unlikely to have any feeling of this but it will be impeding their balance, breathing and coordination, problems they will be aware of.

But a person’s head can’t just be taken and put into the right position, because changes have to come from their own brain. The teacher has to coax the pupil into a decision to give their head to the water.

The right position is just an absence of tension,  a resting of the head into the support of the water.  To achieve it, a learner may at first feel like they’re being asked to decide to jump off a cliff,  or out of a plane. So they can’t be pushed or forced.

The support of the water is the unknown for a person learning to swim. They need to be open to the possibility of sinking,  falling (even though this can’t happen) in order to experience the buoyancy of their head. So there’s more to it than learning a right position.

Learning to swim is never just a physical thing.  It involves emotions, feelings and decisions. And it’s changing how we think about the water that makes it enjoyable.

I turned up terrified of water on my face and by the end of the 8 sessions could happily put my head under the water. I can also float on my back and front and regain my feet. You have made a massive difference to my life and have contained a fear of 50 years duration. I am sure I am two inches taller with pride, thanks to you two.
January 2017