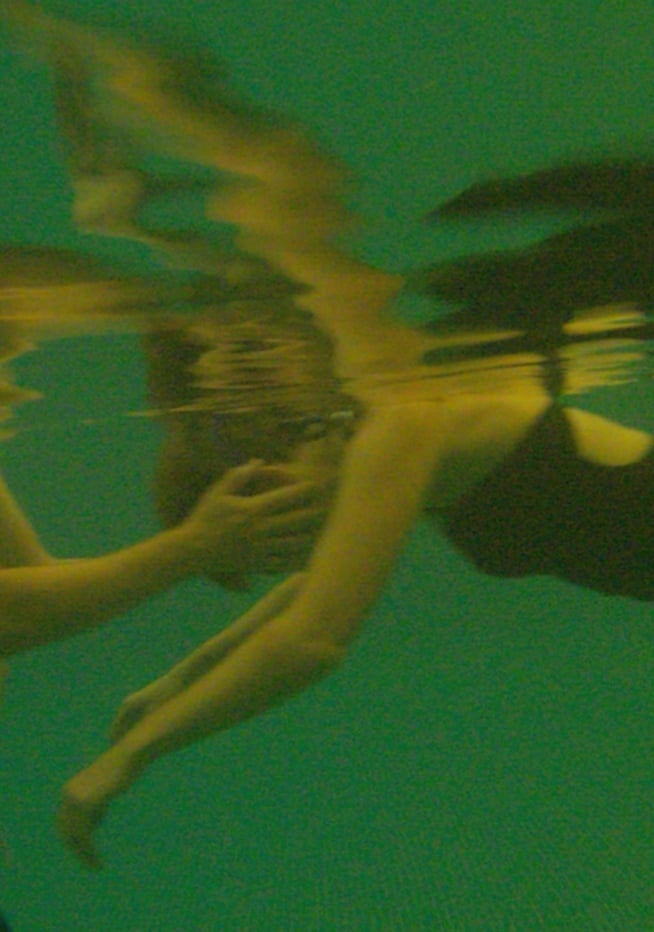 Is the objective, when working with fearful non-swimmers, to get them independent in the water by the end of their course of 8 lessons?

Cheryl and I were discussing this in the pub over lunch. In general, yes that is our objective. When we give each other reports of our lessons with shared pupils, we do talk in terms of how close we are to achieving independence, which means floating or gliding through the water before calmly returning the feet to the floor.

If we weren’t considering how the pupil is feeling, we wouldn’t be doing our job. But all swimming teachers are at times blinkered by the idea that a person’s feelings about the water will only really change when they achieve some kind of independence. This is a milestone but it can’t be rushed or forced. The pupil has to feel ready.  Right from the start of the process of learning, how the pupil feels in water is important. Prevention of stress and enjoyment of the support of the water come first.

This week a pupil who came to overcome her fear in water also had a course of daily Alexander Technique lessons, which she enjoyed and valued. It was nice to receive her unsolicited feedback because I’m often unsure what people think about this work on dry land and the sometimes intangible benefits.

As the week went on she became more and more eager to practise the Alexander Technique in the water, to allow experiences of release and expansion, lightness and weightlessness. These things tend to happen when two people work together to Alexander’s principle, one person guiding the other with their hands. And the supportive environment of water is ideal.

“The emotional benefit of floating on my back that last day feeling relaxed and open was great and I couldn’t have got as far as I did without the AT lessons. So thank you for that and for your and Cheryl’s consistent patience and concentration.” Jan

When we prioritise making discoveries – changing – with the Alexander Technique, and keep our objective of gaining independence in the water in the background, independence may come about, almost indirectly. But we can’t rely on this as a formula because that’s when the magic stops. The challenge might be for teacher and pupil to give up the idea of achieving independence, and see what happens.

Sometimes, when I give up the idea, I realise my pupil was less concerned about it than either of us thought.

The whole process seems to me to be an emotional rather than a scientific one. So it’s difficult to be objective. But it’s worth thinking about what our objective is.

A big thank you to both of you for your inspiring teaching which has opened the doorway to stress free swimming. My challenge now is to find a pool conducive to my needs. I already feel the need to just be free in the water. The experience will really help me in my caring role. A memorable few days!
June 2019