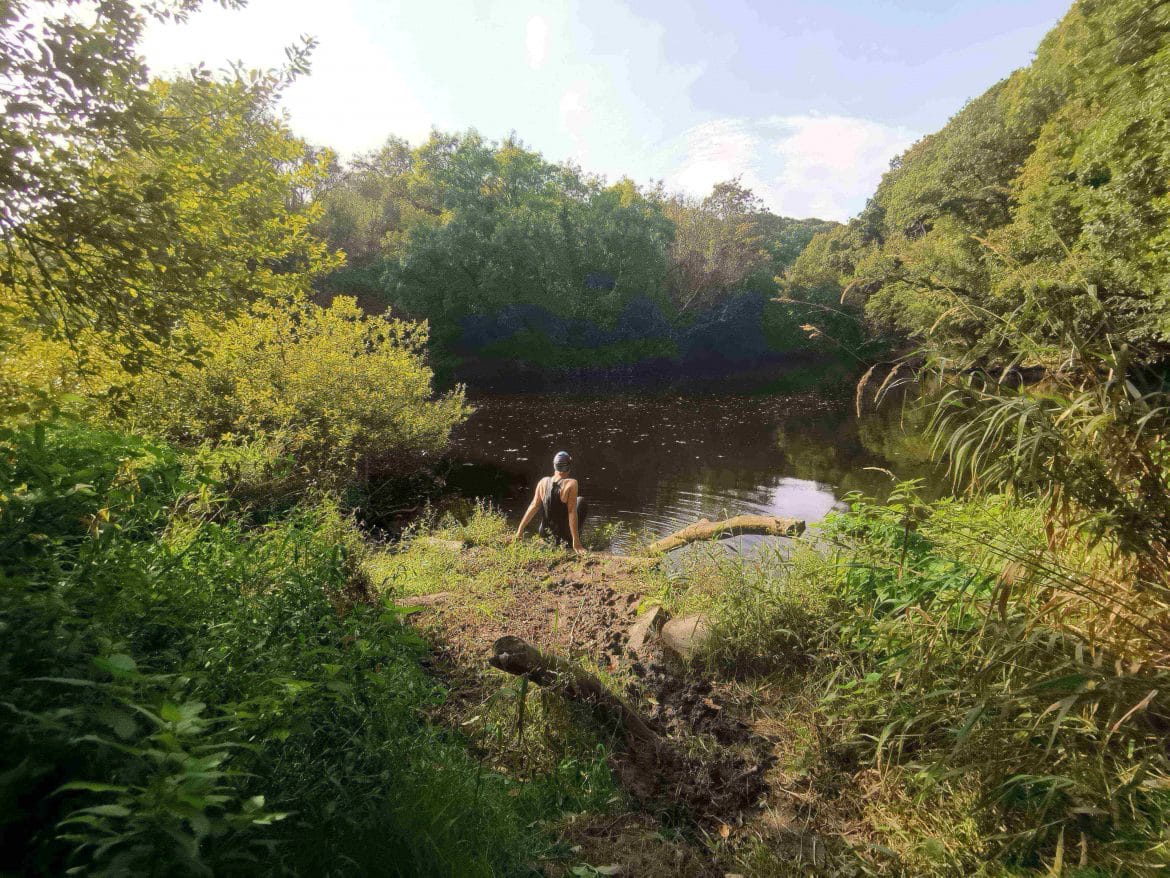 I watched a documentary about Leonard Cohen on BBC last night. He liked to swim nude and there’s a clip of him doing that, with an easy looking recreational breaststroke in a nice old pool.

The filmmakers seem to use his swimming to represent his enjoyment of freedom. But because his head is fixed in a forward looking position the whole time, there is a lack of it. It might not have mattered to Leonard because he looks quite comfortable but there’s an irony there.

There was another clip of Leonard, wearing robes, at the Buddhist monastery where he lived for 6 years, doing sitting-meditation. He is stiff necked, sincere, trying.

You can be poetic about your experiences, in or out of the water, but when you’re stiffening your neck you can’t be free.

BBC’s Naga Munchetty has been in the news a lot this week so I had a look at her Instagram feed. She’s learning to swim, and posted a clip of herself doing a tumble turn. It looks like she might be running before she can walk. In the few strokes she takes in the lead up to her turn, she seems uncomfortable in the process of turning to breathe, as most learners are. Anxiety about breathing is the last thing anyone needs. What would help her more, I think, is stopping, floating with a free neck, spending more time enjoying being underwater. Have a look, she’s inviting you to @bbcnaga

When we compromise the freedom of our spine, we disconnect from nature. Floating about quietly is a way to become one with nature, to be natural. Go into the water with any other agenda and the benefits of being in it are soon lost, even if you have no clothes on!

We all tend to pull our heads back against our spine in the acts of daily life, Alexander realised. And we’re even more likely to do so if we’re doing something a bit different like swimming or meditating, especially if we’re trying to improve.

It’s ironic if, attracted to these things because of the promise of freedom they seem to hold, we make ourselves more fixed.

Thank you for your patience and helping me to understand and enjoy the water. The lessons boosted my confidence and I am looking forward to practising and enjoying more time in the water.
November 2019

This website uses cookies to improve your experience while you navigate through the website. Out of these, the cookies that are categorized as necessary are stored on your browser as they are essential for the working of basic functionalities of the website. We also use third-party cookies that help us analyze and understand how you use this website. These cookies will be stored in your browser only with your consent. You also have the option to opt-out of these cookies. But opting out of some of these cookies may affect your browsing experience.
Necessary Always Enabled
Necessary cookies are absolutely essential for the website to function properly. This category only includes cookies that ensures basic functionalities and security features of the website. These cookies do not store any personal information.
Non-necessary
Any cookies that may not be particularly necessary for the website to function and is used specifically to collect user personal data via analytics, ads, other embedded contents are termed as non-necessary cookies. It is mandatory to procure user consent prior to running these cookies on your website.
SAVE & ACCEPT