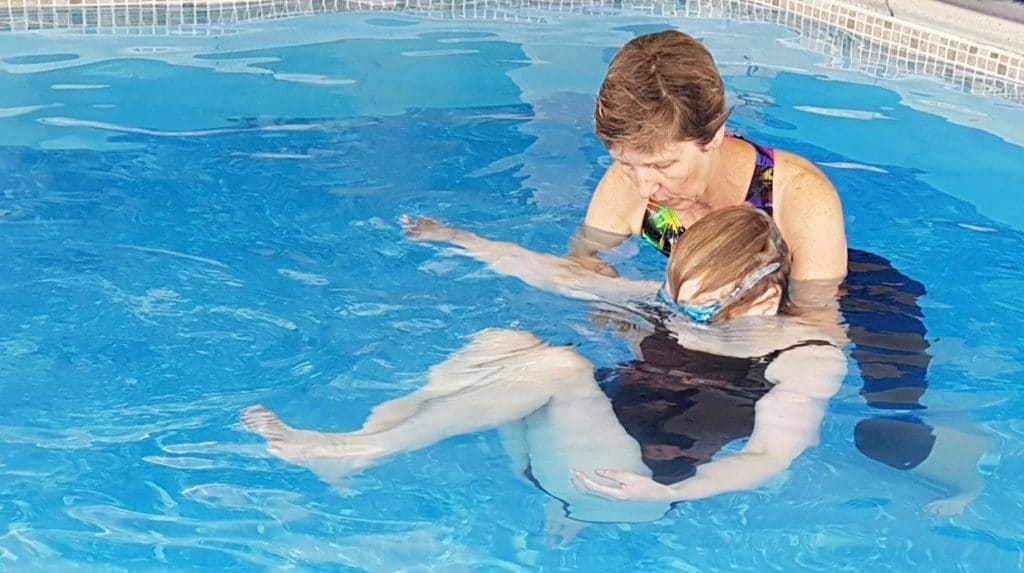 Advice for anyone not enjoying the water…

“Can we have another go at this breaststroke breathing?’ asked David, red faced and out of puff, desperate to learn, prepared to suffer in his efforts but no more likely for that to succeed. I had to say no.”

People who can’t swim often have balance and coordination problems and, related to these, easily excited fear reflexes, an underlying lack of confidence, difficulty relaxing and anxiety. Being in water is something that appeals as an antidote to all these tendencies.

Non-swimmers may frame a picture of themselves in their mind, exercising in a pool with a graceful front crawl or relaxed breaststroke. What they don’t always appreciate is the stress they’re likely to put themselves through on the way to achieving that end. Because all the causes at the root of their being, as a non-swimmer, will be pushed to the surface as they try to accomplish skills like getting the face out to breathe.

Non-swimmers who’ve come for a course with us often say it’s been life-changing. But I think it’s because we’ve encouraged them to discover the support of the water, and gain independence in it, rather than taught them to swim. The sense of liberation in letting go and floating, and of being able to return to standing in a calm and balanced way, is the thing they feel has been missing.

From that floating foundation comes the possibility of swimming, moving the limbs to create propulsion and get around. But too soon, the new sense of freedom can be lost in an attempt to learn formal strokes, to become a proper swimmer. I’ve been guilty of teaching strokes too early, observing the sudden shift from the joy of non-doing to the despair of trying to get the head out to breathe etc.

“Can we have another go at this breaststroke breathing?” asked David, red faced and out of puff, desperate to learn, prepared to suffer in his efforts but no more likely for that to succeed. I had to say no.

At the end of the day, I realise, I’m an Alexander Technique teacher and the first job is not to put myself or other people under stress, in that order.

Even for comfortable swimmers like me, the best antidote to those key conditions – lack of balance, calmness, coordination – remains the same. Focus on floating about in the support of water, enjoying the integrity and calmness that keeping it simple in water brings. Don’t allow yourself to cross that line into struggling coordination and panicky gasping.

Look for spaces to float about and explore movements that you really want to do, letting them happen instead of forcing them. Avoid environments like pools with lanes. Be like a child who’s just learnt to swim. Stop when you’re struggling, or not enjoying it. The water helps you free your neck and lengthen your spine, breathe, let go, relax and move. But not when you fight it, or fight yourself in it.

There’s so much to gain from being in water without trying to achieve anything. The therapeutic benefits of non-doing in water, floating about with a free neck, are not well enough recognised, while swimming for exercise continues to be overestimated by people who don’t really know the score.

I came to you many years ago for help with my swimming and much of what you instilled remains. At the start of each swim I kick from the wall and focus on relaxing until I feel the water holding me and when I have almost come to a stop begin to propel myself forward, thinking of my body as a boat and my arms as oars (front crawl as knee problem hinders breast-stroke kick). Then, in the moment between strokes with one arm fully extended and the other lying against my side, gliding gently forward, all muscles relaxed, face out of the water I take a natural, easy breath. On a good day it is a kind of meditation.
December 2018