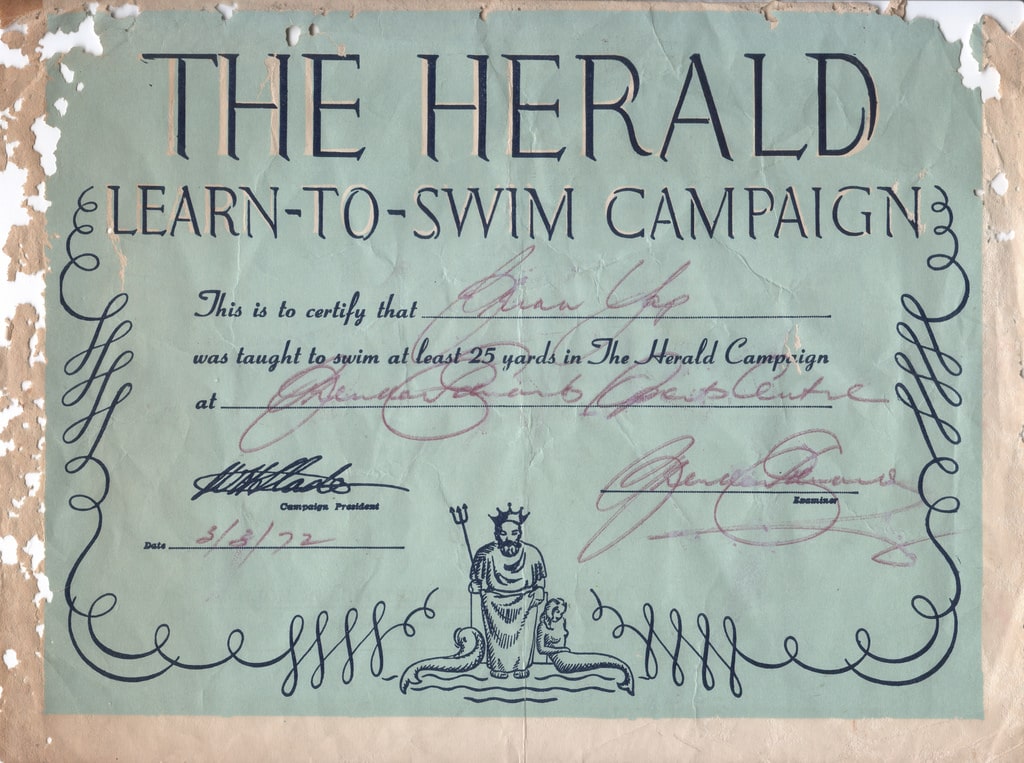 We often get asked about guarantees.

Earlier this year someone emailed to say he would be coming from the Middle East, could afford only three days of his time but would be very highly motivated. Success would be important to him after a lifetime with fear of water.  Accustomed to huge success in life apart from this, he would expect ‘nothing less’ than to be a competent swimmer by the end of these three days. Money would be no object. So what would be the maximum number of hours we could teach him per day?…Would 8 hours a day be realistic?

‘Just tell him we don’t think our course will work for him!’ Cheryl suggested.

Another chap offered a £1000 bonus if by the end of a course he’d be able to swim a length of his local municipal pool. As if the financial incentive would make any difference to what we’d do with him.

‘Ask him why he wants to swim a length of his local municipal pool,’ said Cheryl.

I remember a senior Alexander teacher’s response to a daft question about my own hopes for self- improvement. He said, ‘You’re asking the wrong kind of question.’

That’s what I’d like to say to people who ask us about guarantees. One lady recently pointed out, quite fairly, that other swimming schools do guarantee pupils will swim by the end of a week’s course. My response was, how do they/ you define swimming?

For that matter, how do you define success? ‘What are your success rates?’ is another commonly asked question.

My fear is deep water. Will I be happy in deep water by the end of the course? That’s another one. Your problem isn’t deep water, I like to insist. If you have real confidence in shallow water and can make transitions properly, from one place to another, for example, front to back, deep water isn’t going to be a problem (see the video clip).  If you’re thrown into deep water and you don’t know what you’re doing, it will be a big problem. Lack of skill is the problem in other words, not an irrational fear of deep water.

Learning to swim is an individual matter. If we were all the same, Victorian style school lessons would work, with classfuls of children being pushed in by the teacher and encouraged to make it across the pool or face the humiliation of being dragged out by a pole.

We can pretty well guarantee that your relationship with the water will change in one lesson with us and it should continue to change over a course of lessons. Most people go away satisfied. Many say the course has been life- changing. But the process of learning to swim isn’t always what people expect.

Just a quick note of thanks to you both for your help , understanding and endless patience this week. I really can't express how anxious I was but I guess you could see it! The thought of putting my head under water etc freaked me out but with your help I could and did and I'm forever grateful. I came with no expectations but I'm proud that I coped with it and it will be the springboard to greater things
June 2016