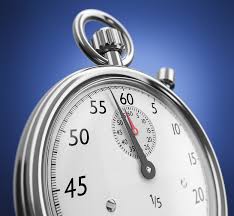 Avoid the swimming by numbers trap

In Total Swimming Harvey Wiener writes about visualising a big number on the bottom of the pool corresponding to the lap number he’s on. Sometimes fitness swimming seems to be all about the numbers.

Mike’s with us for a residential course this week. He’s been twice before. He was swimming some lovely front crawl last year. He changed his stroke by using his brain and it looked like ballet. But when he showed me a length at the start of this week, he’d slipped into all kinds of bad habits. His stroke was snatchy and gaspy. What happened to that grace and ease? How had he lost his way?

When I asked what he’d been up to, he said he’d been doing a lot of lane swimming, usually 40 lengths, three times a week. Perhaps he’d fallen into the ‘swimming by numbers’ trap and not been thinking enough about what he was actually doing.

Video feedback is invaluable. Mike hadn’t realised how much his stroke had deteriorated. He was getting some discomfort in the shoulders but he thought he was doing the same as when he was here last time. When he saw his swimming on camera, it gave him a bit of a shock.

When we’ve had a new experience of movement, by understanding it differently, we tend to believe it will stick. We may actually feel (deluding ourselves) that we’re doing the new thing when our old thing has fully taken over. Luckily, once we’ve worked out a new way of moving, we can get it again every time we choose to think along the same lines. And the more often we think it, the easier it gets. But getting it and feeling it once isn’t enough. We have to repeat the thought process.

It hasn’t taken long to get Mike back on track. But the job’s been more about encouraging him to think differently than about guiding his limbs mechanically, for example.

Now, like before, he’s moving smoothly through the water. His arms are working as a pair, entering the water cleanly, gliding forwards and finishing the underwater phase with a firm sweep. His hips are rolling, his shoulders are feeling better and, most importantly, he isn’t gasping when turning to breathe.

Just to say a huge thank you for our wonderful swimming lessons this week. We both came away with so much enthusiasm and enjoyment for the water and I am delighted with my much improved front crawl.
April 2016